As in previous years, the MARGA business simulation was an outstanding challenge for most of the participants of this year´s international Leadership Development Program (LDP) and the national Führungskräfteentwicklungsprogramm (FEP) of Deutsche Telekom.
All in all, 32 teams with up to six persons each competed as board members of a virtual global player. In June and July of 2014, the kick-offs took place in Bonn and Budapest respectively and signaled the start of an exciting competition for the highest company value. In the following months the board teams developed strategies, implemented them in corporate decisions and positioned their products in extremely competitive markets. Over the entire period the MARGA tutors individually supported the participants by telephone, e-mails and web conferences.
One of the special challenges of the participants was to arrange all board meetings besides their ambitious jobs and in-class modules of the development program.

On January 29 and 30, the four finalists of both programs competed against each other in the live finals in Ismaning near Munich. After the last decisions of the final simulation periods the winning teams of LDP and FEP were declared during an award ceremony.

We, the MARGA trainers, also had a lot of fun during the program for our customer Deutsche Telekom. The teams were highly committed and successfully mastered this challenge. The live finals were very exciting and we all cheered with the nominated teams. There is also a lot of positive feedback from the participants: The MARGA competition not only conveyed management knowledge to them, it also strengthened their teams and networks. Just like our customer´s slogan says: Life is for sharing.

Voices of the participants:

'Thanks for the great experience, it was for me great mix of learning how to steer the company, competition spirit and fun!'
Krzysztof Jatczak, LDP winning team

‘MARGA is an exciting opportunity for collaboration in practice, team building, networking, business administration knowledge expansion and for much, much joy and fun’.
Konstantinos Karatheodorou, LDP winning team

Team report of the FEP winning team (pdf, German only)

Insights in the live finals 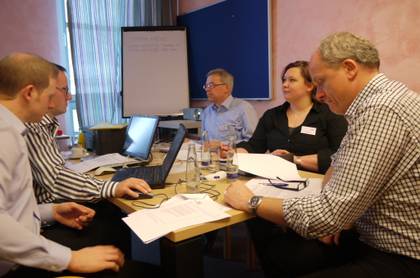 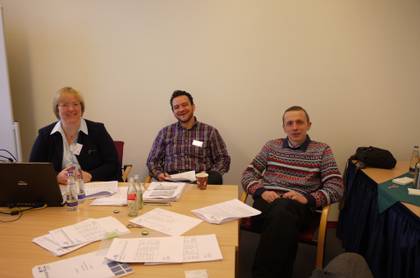 The LDP winning team during the live finals 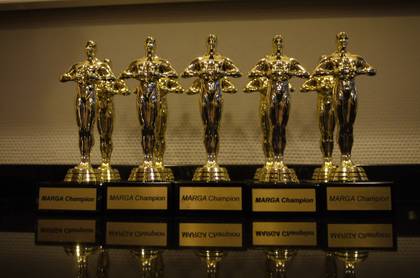 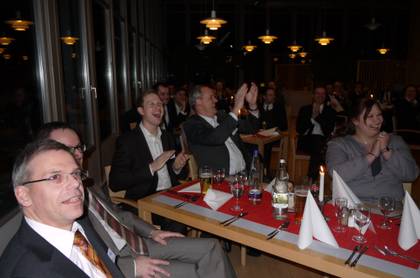 Happiness during the award ceremony 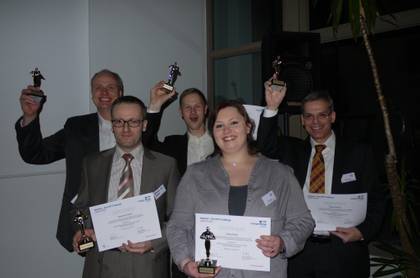 The FEP winning team with the MARGA Oscars 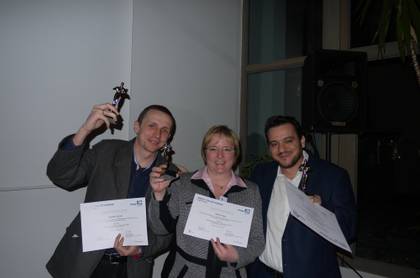