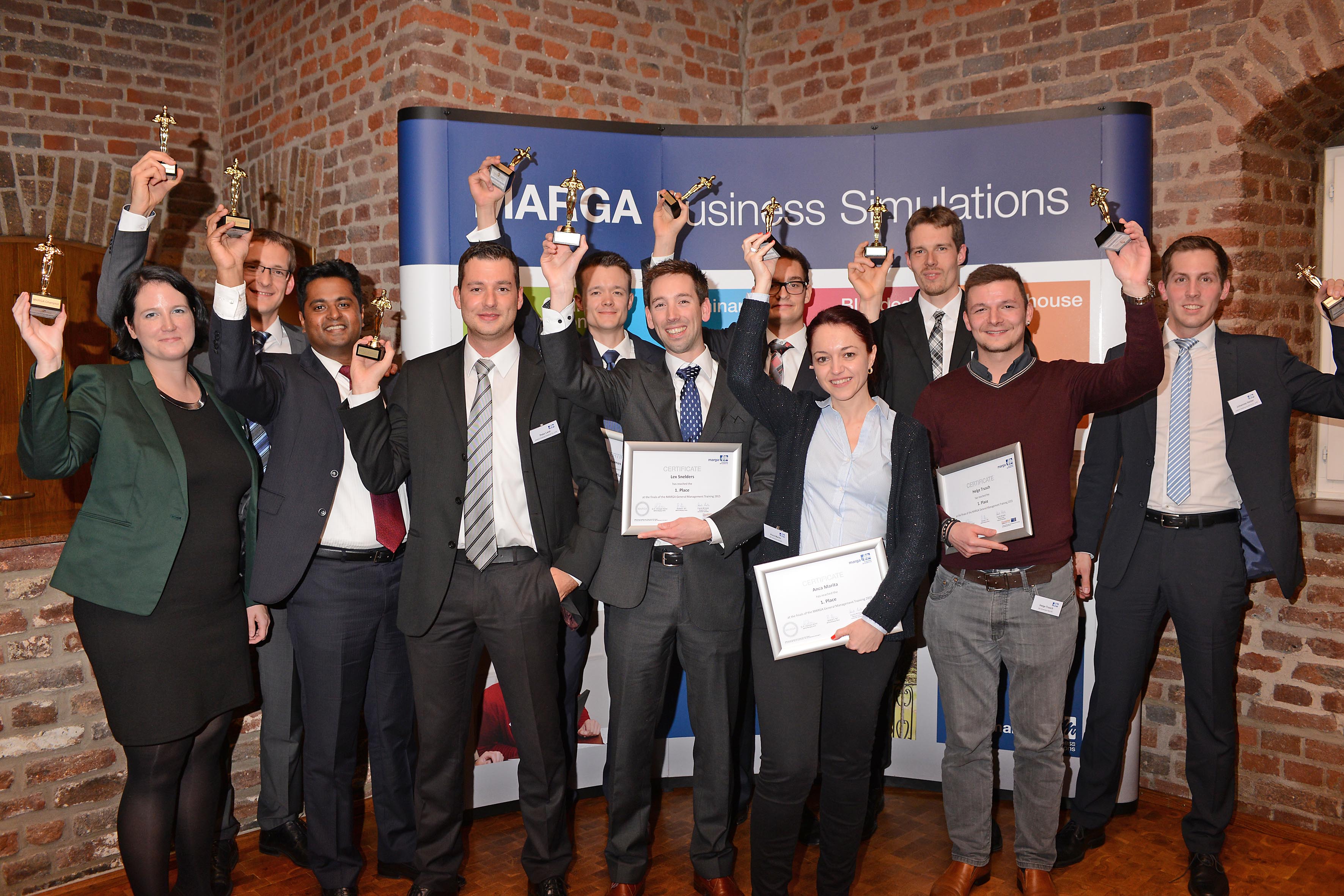 With commitment and strategy straight through to MARGA victory

Each year the company 'Juniors' deal with crossfunctional projects in the course of the international Hettich Network Programme called 'Junior Action'. In 2015 the participation in the MARGA business simulation was offered as a special project. [...]

Until the official start of the MARGA Online Competition in the end of April 2015 we used the remaining time to read through the provided tutorial notes and manuals. Besides we questionned previous Hettich Teams who had already participated in a former MARGA competition on their experiences.

Then finally on April 22nd we got started! At first, during a test round we were given the possibility to try out and see the consequences of our decisions and those of our competitors on the company value.  These experiences were very helpful for our decision making during the qualification rounds.

From then on we met up regularly once a week to come to terms on a common strategy and discuss our decisions. Although most of our team works within a radious of 30 km, we still made use of the web conferencing system 'Teamviewer' in order to communicate with our colleague Sudeep Sebastian from India in English.

Additionally, at each meeting special packages with assignments were distributed to all team members. Those had to be processed and realized until the next meeting. Anyhow we quickly noticed that it didn't make any sense to delegate the particular decision areas to single persons in charge. Due to the fact that all decision parameters were somehow connected to each other, as a matter of fact only complete team decisions were actually reasonable. Above all, we often worked on the scenarios during the evening hours and on weekends and then we discussed on our newly gained knowledge during our meetings. [...] 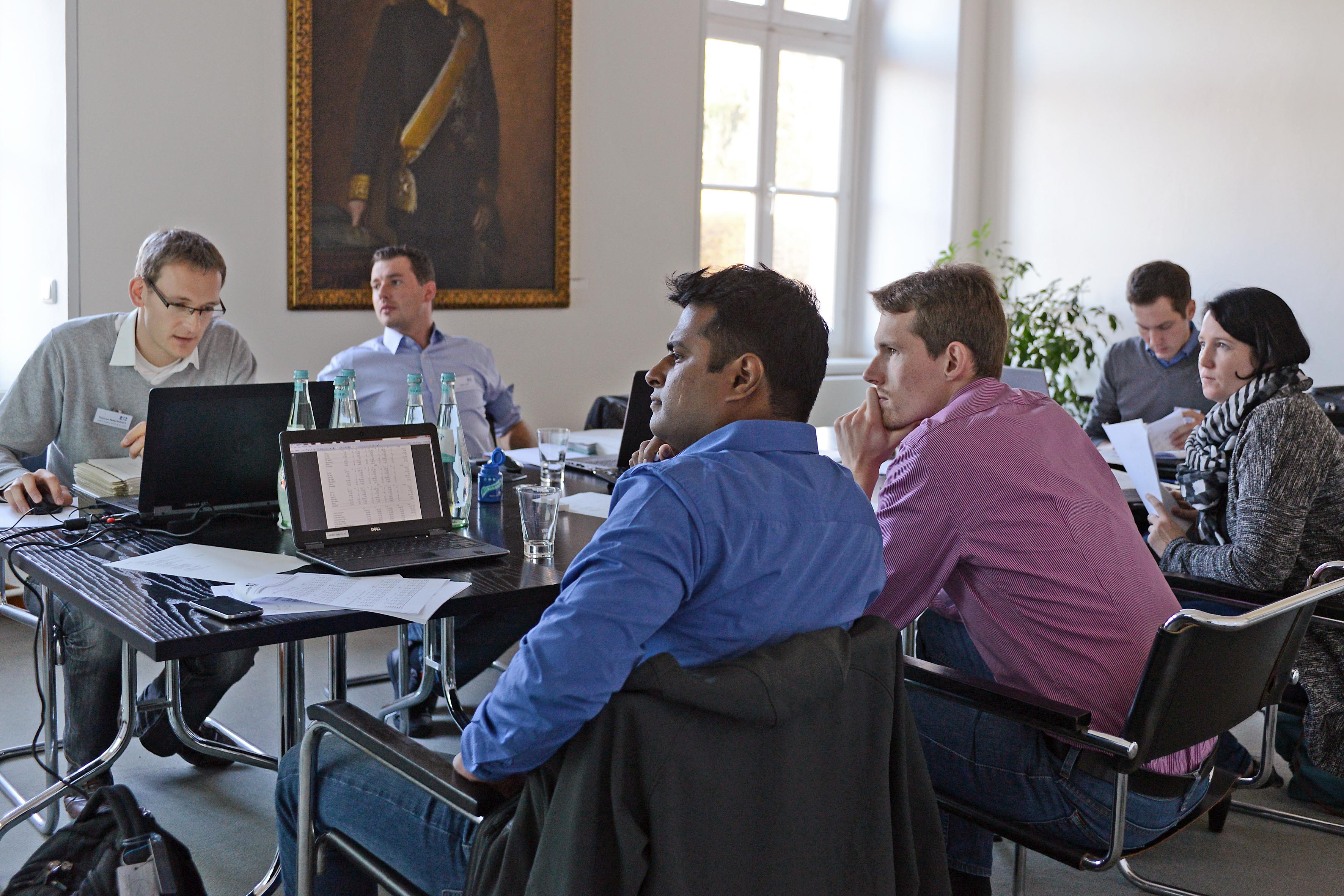 Team work: The team of Hettich Holding during the live final at the Schloss Gracht Castle 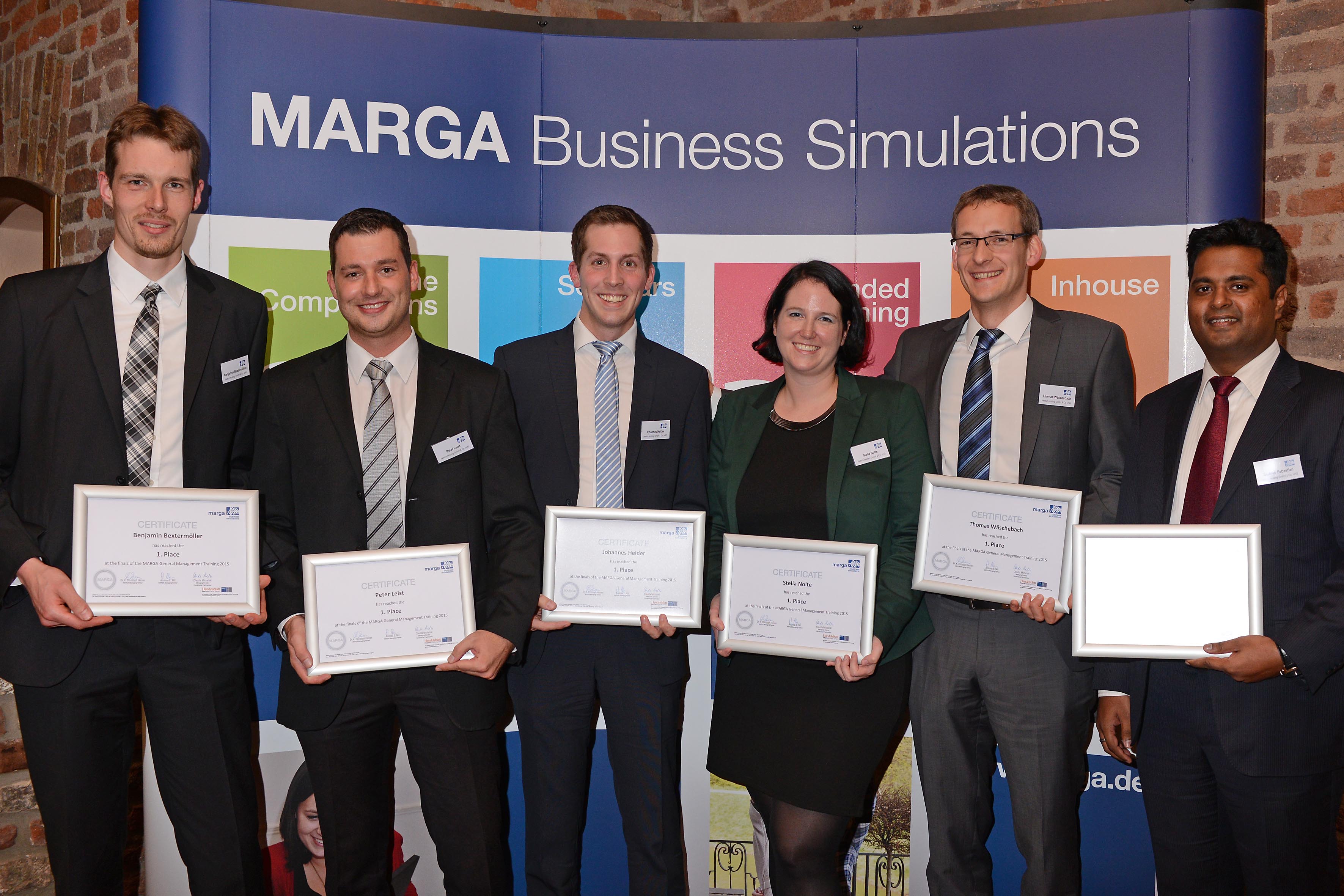