During the past six months round about 200 participants steered their MARGA company as a management board through the ups and downs of the global competition. Yesterday the four best teams of both competitions MARGA Industry and MARGA Service met each other personally for the first time at the Schloss Gracht castle in Erftstadt. As it was an international competition the journey to Germany for some of the participants was rather far. With the help of our simultaneous translator the final took place in both German and English.

After a revealing introduction round, once again all teams had to demonstrate their know how during the last two periods of the simulation. The heads were spinning and in spite of the high suspense the overall mood of all teams was hilarious.

In the evening there was a grand opening in the historical knights hall of the Schloss Gracht castle. The guests of honor from all companies were welcomed with a champagne reception accompanied by classical live piano sound. Thereafter everybody enjoyed the festive gala dinner in anticipation of the subsequent award ceremony.

The teams of the companies Hettich Holding GmbH & Co.oHG and DB Schenker Rail AG reached the first places of their respective competition. Congratulations!

"We had a barrel of fun playing with the management figures.“ 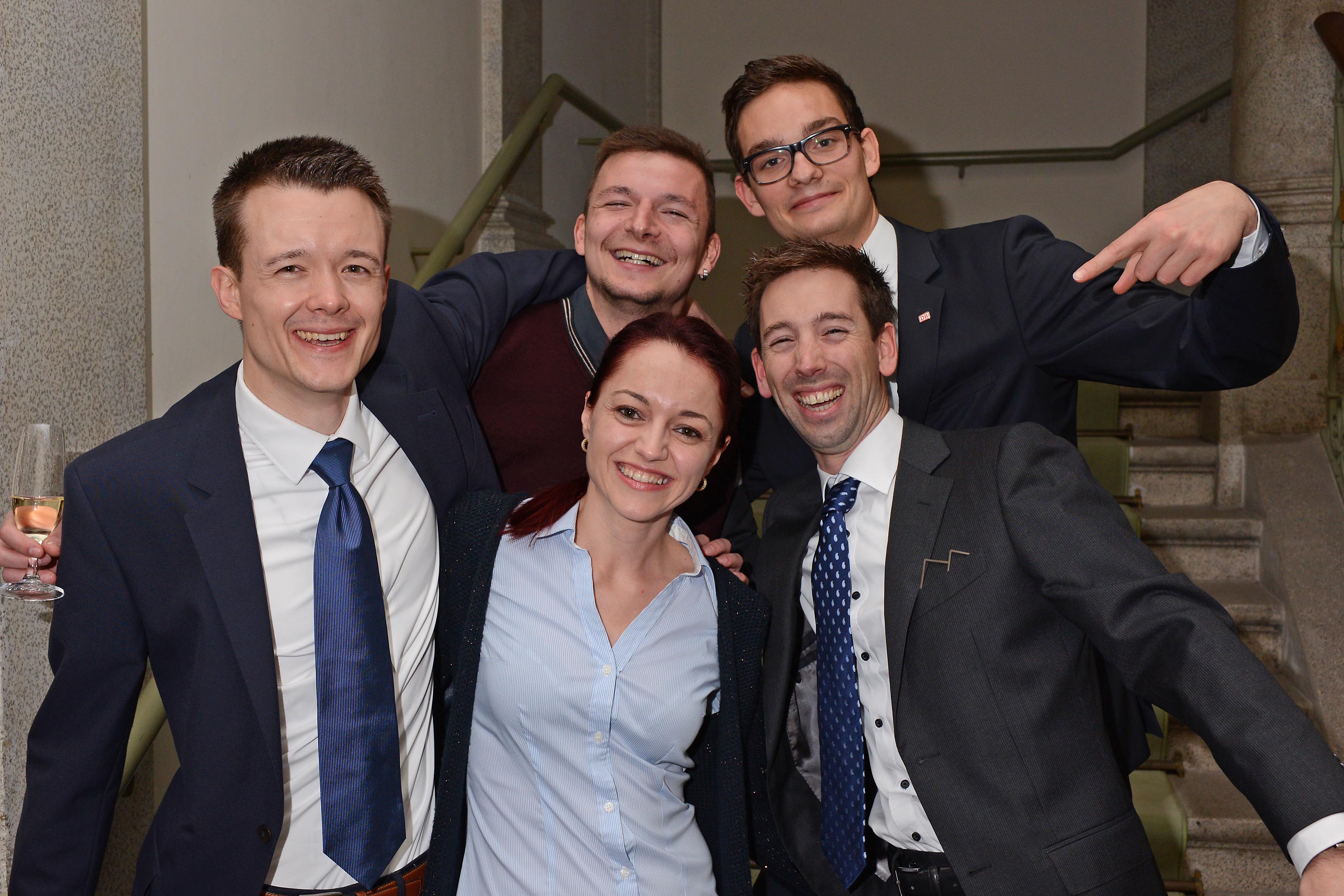 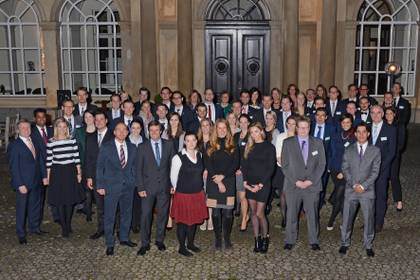 Group picture All finalists of the MARGA Online Competition 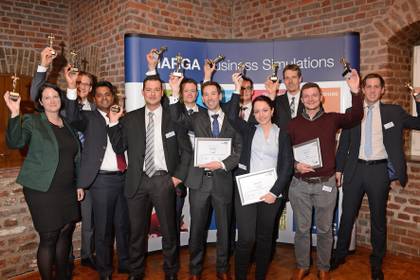 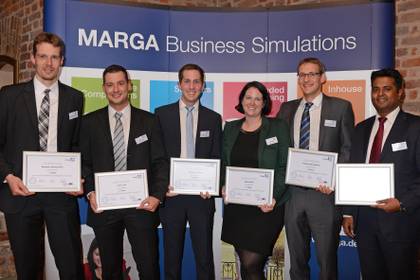 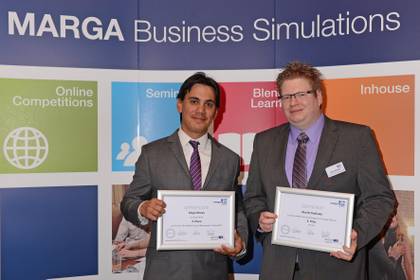 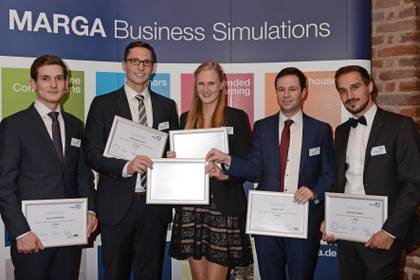 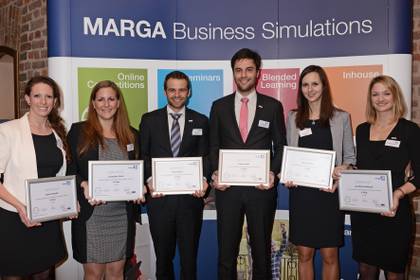 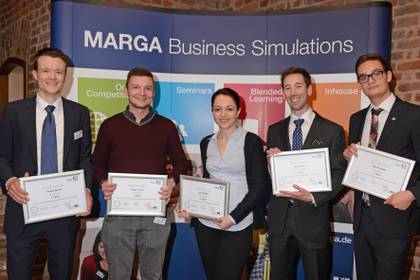 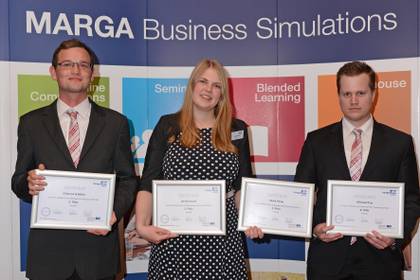 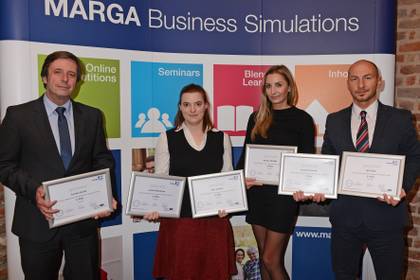 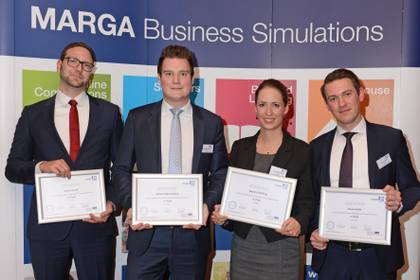